So how do I reduce my belly fat? Abs are made in the kitchen not the gym 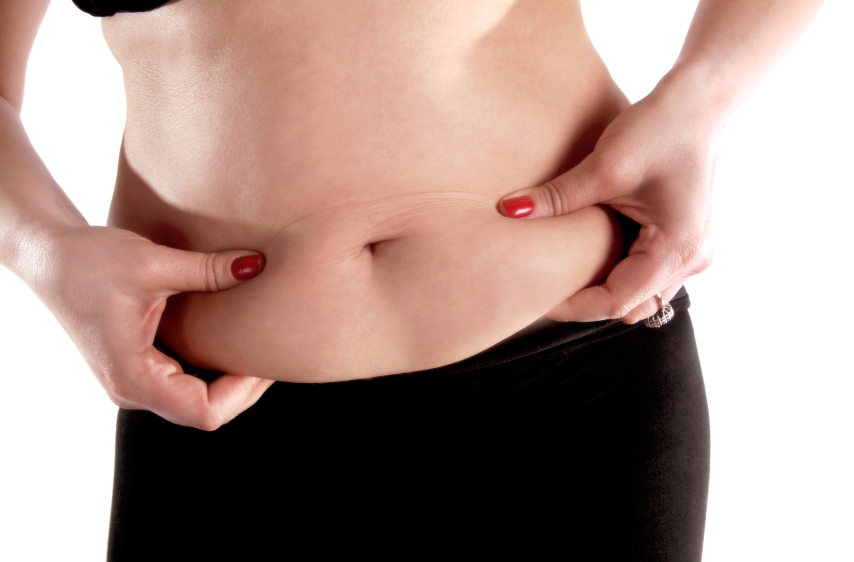 Unfortunately manufacturers of supplements have made billions of dollars off making us believe that all we have to do is take a magic pill and do sit ups to reduce belly fat. This couldn’t be further from the truth. What I have learned is there is a lack of education about this subject so I wanted to take sometime to equip you with the right tools to be successful.

The Centers for Disease Control & Prevention states that the current diet of the Western world is between 70 to 90 percent starch, sugar and fat, and the average sleep time is less than 8 hours a night. From driving to working at desks to watching TV, the #1 form of activity is sitting, and when we are active, we use an inferior method of weight control by choosing jogging over sprinting and weight training.

What is belly fat?

Visceral fat is more easily stored and faster to be burned. This is because it has a greater blood supply and is more sensitive to the fat burning hormones compared to subcutaneous fat.

Belly fat is stored when the combination of excess calories meets the hormones cortisol and insulin. For those of you who take a calorie-centered approach to weight loss, you may find that the fat around your belly burns off at a much slower rate. This is because belly fat can be as much a hormonal phenomenon as it is a caloric one.

Cortisol is a bizarre hormone when it comes to fat loss. It increases fat storage due to the actions it has on the major fat storing enzyme called lipoprotein lipase (LPL). But ironically, it also speeds fat burning by stimulating the major fat releasing enzyme hormone sensitive lipase (HSL). Cortisol can be your best friend or your worst enemy. By itself it does not have much of an impact on belly fat, unless it is interacting with insulin.

Insulin activity shuts down any fat releasing activity of other hormones like cortisol, and therefore accentuates the negative fat storing effects. Adding cortisol to insulin is like pouring gasoline on a fire. The two together — with excess calories — are the real culprits in fat gain around the middle.

Starch and sugar combined with fat may represent the worst combination for fat gain. Starches and sugar raise insulin levels and fat is relatively neutral. In other words, while fat supplies calories by itself, it has little to no impact on insulin production. But when fat is added to sugar and starch (potatoes, pasta, bread), you get higher calories, more insulin exposure and lose the ability to feel satisfied. Insulin and fat also independently raise another fat storing hormone called ASP (acylation stimulating protein), and when they are combined, they drastically enhance another fat storing hormone called GIP (glucose dependent insulinotrophic peptide). Add stress (St) on top of this and the impact is multiplied, further forcing excess calories around the belly.

So how do I do reduce it?

The fix lies in replacing the sugar and starch with fiber and raising the protein while normalizing the fat. The foods with the highest ratio of fiber relative to starch are vegetables (beans, corn and potatoes are considered starch, especially when trying to lose fat), and foods highest in protein are eggs, and all lean cuts of meat. While cheese and yogurt are also high in protein, they can add to the fat and sugar burden, so use dairy foods in small amounts.

For exercise, make your dominant form of activity fast-paced metabolically demanding weight training.  Weight training is better at burning fat balancing hormones and is great for your heart. Exercise 5 days a week for at least 30 minutes.

Weight/Circuit Training – do for 20-40 minutes, depending on how long your training session is or how much time you have. Take minimal rest.

Walking — Walking is not considered exercise — it’s a necessity that lowers cortisol. Walk on your off days from training.

Sleep (8-10 hours a night) — Make sleep a priority. Getting enough sleep is about choices. For some, it’s cutting out that last television show of the night. For others, it’s accepting the fact that not everything on the to-do list can be done in one day.

At the end of the day abs are made in the kitchen not the gym! There is no easy way around this concept. If you can effectively apply these changes to your daily life: sleep 8-10 hours, reduce sugar and starches, exercise you will begin to see the belly fat melt off!

We are located in the Heritage Walk Shopping Center, across from Brookwood Grille